Jordan has been on a colon cleanse since Monday of this week. He has been only able to eat grapes and drink a gallon or more of fresh grape juice along with the GI sweep. He gets a liter of water in the middle and still takes his tinctures and capsules in the morning and evening, but that's it. I was not sure how well this was going to go over for him. I mean, he has had only fruit for four weeks, even though he could have bananas, mangos, apples, pineapples, pears, watermelon, and grapes. But now only grapes? I thought he was going to put up more of a fight than he did. He asked for an orange, I think the first and second day. Yesterday he said to me, "next week, orange?" I told him he may be able to have one Saturday. Depends on how the cleanse goes. However, he has not even been asking for the grapes. I am not sure if the gallon of juice he is drinking is just that filling or if he just does not think about them. I told him today to let me know when he wants some. I th
2 comments
Read more

On a side note 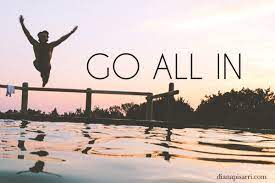 Mrsodametey
A mother of 5 beautiful kids, 1 with Autism, which has helped my walk with God and saved my life. Read more about it in my book, How Autism Saved my Life found on Amazon.com